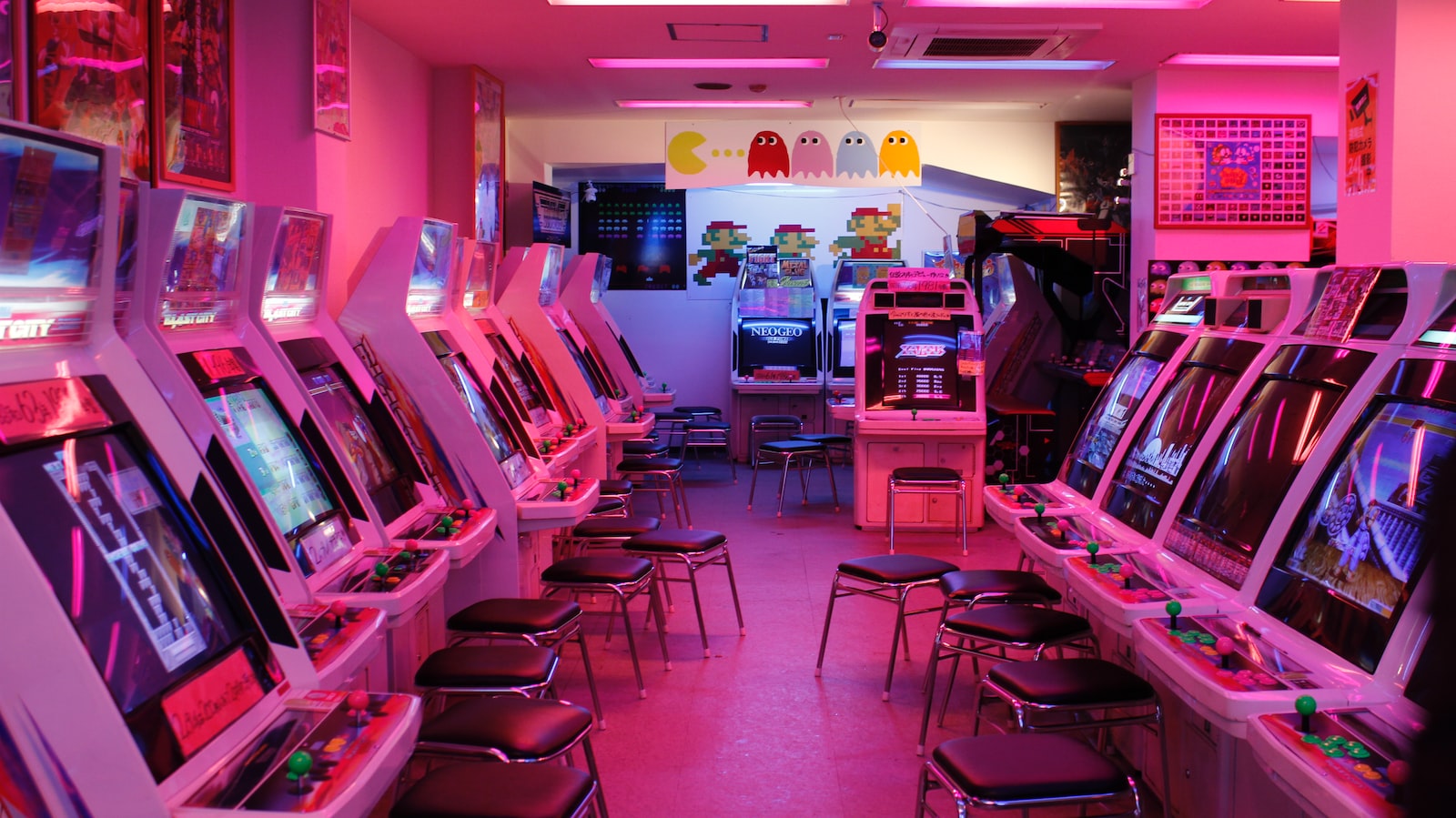 The word “arcade” in games has a few different meanings. It can refer to a type of game, a location where games are played, or a type of cabinet that houses video games. In this article, we will explore the different definitions of arcade and how they have evolved over time. We will also touch on some of the most popular arcade games throughout history. So whether you’re a seasoned gamer or just getting started, read on to learn more about this fascinating aspect of gaming culture.

The origins of the word

These early video games were played in what were known as “video arcades”. These arcades were usually located in public places like malls and amusement parks. They were often noisy and crowded places, with bright lights and loud music.

The word “arcade” soon came to be used to describe any type of coin-operated video game. It wasn’t long before “arcade games” became a distinct genre of their own, with their own unique characteristics.

In recent years, the popularity of arcade games has declined somewhat. However, there are still many people who enjoy playing them. And the term “arcade game” is still used to describe certain types of video games.

The first arcade games were simple, monochrome games like Pong and Pac-Man. These early games were easy to learn and addictive, and they quickly became popular in bars and restaurants. As technology improved, arcade games became more sophisticated, with colorful graphics and sound effects. Today, arcade games are still popular, but they are also available on home consoles and personal computers.

The golden age of arcades

The golden age of arcades is the time period when arcade games were the most popular. This was from the late 1970s to the early 1980s. During this time, many classic arcade games were released, such as Space Invaders, Pac-Man, and Donkey Kong. Arcades were a popular destination for people of all ages. They were a place to socialize and have fun. Many people remember fondly the days spent at their local arcade.

The decline of arcades

The decline of arcades is a complex issue with many contributing factors. One factor is the rise of home consoles. With powerful machines like the PlayStation 4 and Xbox One, players can get console-quality graphics and gameplay without having to leave their homes. This has made arcades less appealing as a destination for gamers.

Another factor is the popularity of mobile gaming. Games like Candy Crush and Angry Birds can be played on phones and tablets, making them more accessible than ever before. These games are often free-to-play or very cheap, which makes them a more attractive option for casual gamers who don’t want to spend a lot of money.

Finally, there is the cost of running an arcade business. Arcades require a lot of expensive hardware and maintenance, which can be difficult to justify when there are other options available that are cheaper to operate. For these reasons, arcades have been in decline for several years now, with no signs of recovery in sight.

The resurgence of arcades

In the early days of video gaming, arcades were all the rage. Players would gather at their local arcade to play the latest and greatest games. However, as home consoles became more powerful and affordable, arcades began to decline in popularity.

Nowadays, however, arcades are making a comeback. Thanks to popular games like Street Fighter V and Dance Dance Revolution, players are once again flocking to arcades. And with new technologies like virtual reality, there’s no telling what the future of arcades will hold.

What does the future hold for arcades?

In the past, arcades were a popular destination for gamers. They provided a place to socialize and compete with friends, as well as a way to try out new games. However, arcades have been declining in popularity for several years.

The future of arcades is uncertain. They may continue to decline in popularity, or they may make a comeback. Some arcade operators are trying to recapture the magic of the past by updated their facilities and games. Others are experimenting with new business models, such as pay-per-play or subscription-based services. Only time will tell what the future holds for arcades.

The term “arcade” is most commonly used to refer to a type of video game. These are games that are typically played in coin-operated machines in public places like arcades, restaurants, and bars. They are also sometimes found in amusement parks and other similar venues. Arcade games often have simple controls and gameplay, and they are usually designed to provide players with short-term entertainment. Some well-known examples of arcade games include Pac-Man, Donkey Kong, Space Invaders, and Frogger.